through the acquisition of a majority ownership of Viet Hydro Pte Ltd. This transaction marks the first project under the Nexif Energy platform formed in August 2015.

“Hydroelectric power is one of the most economical sources of electrical energy in Vietnam. With its strong renewable hydro resources, liberalising power regulatory regime and stable political environment, Vietnam is a key investment destination and presents an attractive growth opportunity for Nexif Energy,” said Surender Singh, a Founder and Co-Chief Executive Officer of Nexif Energy.

Coc San is a run-of-the-river 30 MW hydro power project located in the Dum River Valley, a tributary of the Hong (Red) River, about 300 kilometres northwest of Hanoi in Lao Cai province. The project is in an advanced stage of construction and expected to commence electricity generation by March 2016.

“Nexif Energy is pleased to invest in the Coc San project and become a part of Vietnam’s rapidly growing economy. We are committed to our goal of becoming a leading regional independent power generation company and are currently reviewing other investment opportunities in the country as well as the Southeast Asia region that would build on this initial investment,” added Matthew Bartley, a Founder and Co-Chief Executive Officer of Nexif Energy.

Nexif Energy, formed with the backing of leading global energy-focused private equity firm Denham Capital, acquired the shares of two existing shareholders and has subscribed to additional equity shares, resulting in it holding a majority stake in Viet Hydro. InfraCo Asia Development Pte Ltd, a commercially managed infrastructure development company headquartered in Singapore, is also a shareholder of Viet Hydro and has retained its stake.

“Denham is delighted with this successful first investment by Surender, Matthew and their team. This transaction fits the profile of projects that we envisioned for Nexif Energy at the outset of our partnership, as it leverages the team’s experience in the region and aligns with our strategy of providing low-cost power generation to an emerging economy. We are confident that this marks the first of many projects for Nexif Energy and look forward to seeing them play a role in Southeast Asia’s unfolding growth story,” shared Scott Mackin, Managing Partner and Co-President at Denham Capital.

Nexif Energy was formed in August 2015 by Nexif, a Singapore-based independent power management company, and Denham Capital, a leading global energy-focused private equity firm, to develop, finance, construct and opportunistically acquire conventional and renewable power generation assets across Southeast Asia and Australia. The investment in Nexif Energy marks a return to the region for Denham and builds upon Nexif’s strong experience and relationship base.

Nexif was established by experienced professionals with a proven track record in the development, financing, acquisition, restructuring, management and divestment of infrastructure assets. Nexif is headquartered in Singapore, and has offices and extensive networks across Asia. From 2010 to 2015, Nexif, as manager of InfraCo Asia, originated and developed infrastructure projects for InfraCo Asia through its subsidiary Nexif (InfraCo) Management Pte Ltd. For more information about Nexif, visit www.nexif.com.

Denham Capital is a leading energy and resources-focused global private equity firm with more than $8.4 billion of invested and committed capital across eight fund vehicles and offices in London, Boston, Houston, São Paulo and Perth. The firm makes direct investments in the energy and resources sectors, including businesses involving power generation, oil and gas, and mining, across the globe and all stages of the corporate lifecycle. Denham’s investment professionals apply deep operational and industry experience and work in partnership with management teams to achieve long-term investment objectives. For more information about Denham Capital, visit www.denhamcapital.com. 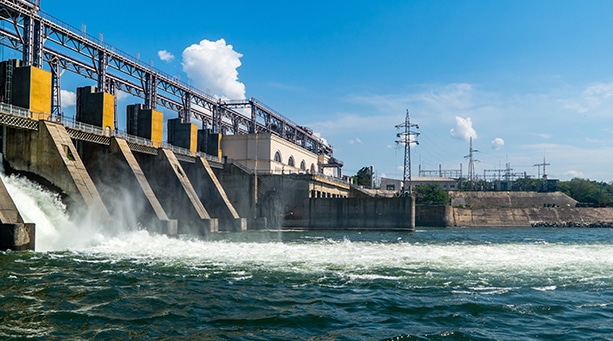