EDF plans to extend the life of four nuclear power plants in the UK and has said it is close to announcing a decision on its investment in two new reactors at Hinkley Point.

The French energy company said the lives of the Heysham 1 and Hartlepool plants would be extended by five years until 2024, and the closure dates of Heysham 2 and Torness will be delayed by seven years to 2030.

The decision will preserve 2,000 jobs and help with tight energy supplies as Britain manoeuvres to keep power flowing during future winters. The plants provide electricity for about a quarter of British homes.

EDF, which is 85% owned by the French government, announced the extensions as it reported a 68% plunge in profits last year and cut its annual dividend. The company, which has been hit by falling power prices, said net debt increased by €3.2bn (£2.5bn) to €37.4bn.

The fall in EDF’s annual net profit to €1.19bn was caused by a tripling of provisions, asset writedowns and other one-off items to €3.64bn. EDF surprised markets by cutting its dividend to €1.10 a share after paying €1.25 for the previous three years.

But the company restated the appeal of the £18bn Hinkley Point project in Somerset. EDF has delayed deciding on the plan due to funding problems, according to reports in France.

It said: “Hinkley Point C is a strong project which is fully ready for a final investment decision and successful construction. Final steps are well in hand to enable the full construction phase to be launched very soon.”

A final decision has been pending since October, when China’s state nuclear firm CGN announced that it would take a 33.5% stake in the project during a visit to the UK by the Chinese president, Xi Jinping. The deal with EDF and CGN to build Hinkley Point was backed strongly by the chancellor, George Osborne.

At the time, EDF said work would begin within weeks to build the two reactors. The company’s share price has fallen by about 40% since the announcement.

EDF’s chief executive, Jean-Bernard Lévy, said on Tuesday that the decision on Hinkley Point was “coming closer”, according to Reuters.

He said EDF was negotiating final details with CGN and looking at how to finance the operation in the light of low electricity wholesale market prices.

Paul Dorfman of the UCL Energy Institute said EDF’s financial position cast doubt on the prospects for Hinkley Point. “Unfortunately, with the best will in the world, it may just not happen,” he told the BBC’s Today programme. “EDF shares have crashed to half their value a year ago; the budget for Hinkley alone is bigger than EDF’s entire market value.”

Greenpeace said EDF and the French government were in disarray over the cost and risk of the Hinkley project. 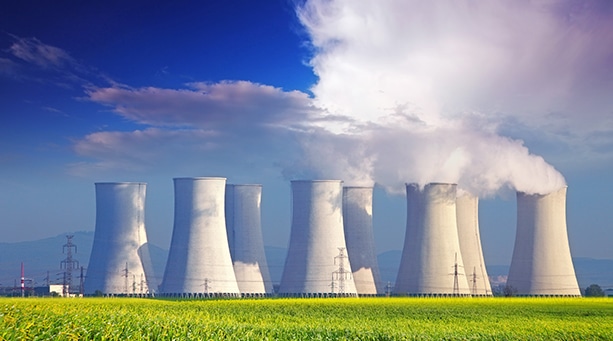