Tribeca Associates has reached a deal to take control of 30 Broad St., a 47-story office building in lower Manhattan. The company is purchasing a leasehold of the 476,704-square-foot building for about $130 million from a partnership led by the real estate investment firm Gotham Realty, according to sources.

30 Broad St. is owned by the Goldman family, but the leasehold was held by Gotham Realty. Under the deal, Tribeca Associates will control the property until 2079 in exchange for paying rent to the Goldmans in the amount of $2.7 million a year until 2035, at which time the rent resets to 4.5% of the market value of the land.

A sales team from JLL led by Scott Latham, handled the sale for Gotham Realty.

In recent years, Tribeca Associates became known for building, in partnership with Starwood Capital Group, the Baccarat Hotel and Residences at 20 W. 53rd St. The company has successfully sold off the bulk of the project’s apartments in the past year even as the sale of high-end condos appeared to slow. Early last year, Tribeca Associates and Starwood also sold the Baccarat Hotel to a Chinese investor for $230 million—one of the highest prices ever paid for a hotel in the city on a per room basis.

Real estate investors have been eager to acquire property in lower Manhattan as the neighborhood has become increasingly popular with office tenants.

According to earlier reports, Gotham Realty was seeking nearly $170 million for the leasehold of 30 Broad St. It purchased the interest in 2006 for $99 million according to CoStar, when annual rent for the property was $430,000.

Tribeca Associates did not comment. When reached at his office, all Gotham Realty chief executive Charles Ishay had to say was “I have to run, bye.”

The deal appears to have turned out better than another investment Ishay made during the last real estate boom. In 2007, he purchased a 207,000-square-foot office condo at 110 E. 42nd St. for $111.5 million. Three years later, Ishay struck a deal to sell that property to one of his lenders, SL Green Realty Corp. after falling into delinquency on his mortgage. 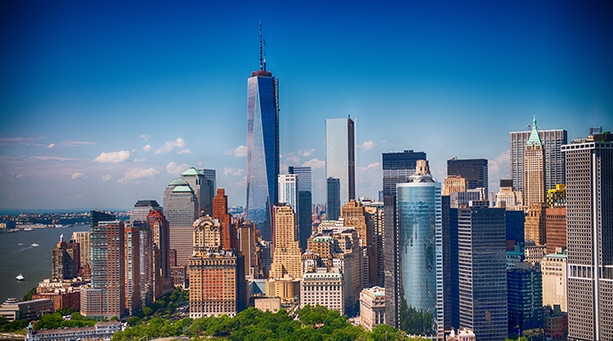