The sale of the St. Regis Aspen was completed by Starwood Hotels & Resorts Worldwide Inc. this week in a $70 million deal that will see no change in management of the luxury hotel, the

In addition to the $70 million purchase price, OptAsia committed to a "major renovation" of the resort, including the refurbishment of all hotel guest rooms and public areas, Starwood said in a statement. The renovation will also feature incorporating the extensive courtyard space into dining outlets for year-round seating. The hotel plans to promote enhanced aprs-ski offerings. Two separate sources familiar with the terms of the deal said OptAsia will spend $30 million on the renovations, making the total deal worth about $100 million. The hotel opened in 1992 as a Ritz-Carlton. The rooms haven't undergone a major renovation since the hotel opened.

The city of Aspen's public coffers will be enriched by the mega-deal. A 1 percent Real Estate Transfer Tax for housing will reap $700,000 while a 0.5 percent tax for the Wheeler Opera House will gain $350,000, according to Don Taylor, city finance director. The $70 million sale price equates to about $391,000 per room. The Aspen Skiing Co. purchased the newer but more moderately priced, 126-room Limelight Lodge for about $38 million, or $301,000 per room, in April. The St. Regis Aspen had an actual value of $79.5 million in 2010, according to the Pitkin County Assessor's Office. There is conference space that helps attract group business, a ballroom for special events and a bar, restaurant and lounge in addition to the guest rooms. Another 98 hotel rooms were converted into 25 fractional ownership suites that weren't part of the sale.

The St. Regis is one of Aspen's flagship hotels and has the advantage of being downtown and near the base of Aspen Mountain. One of its prime competitors, the Aspen Skiing Co.'s Little Nell hotel, spent $18 million to renovate its 92 rooms prior to last ski season. The Hotel Jerome has approvals for between $45 million and $50 million in renovations, but no project has been started.

Starwood has engaged in a strategy since 2006 of selling some of the real estate it owns and focusing instead of signing long-term management contracts. The St. Regis Aspen was listed for sale in November 2008."We are committed to our strategy of systematically moving toward a more asset light operating model over time, taking advantage of when opportunities to sell our owned real estate are in the best interests of our shareholders," said Simon Turner, president of global development, Starwood Hotels & Resorts. Starwood said the sale price represents a multiple of 17 times the anticipated 2010 earnings before interest, taxes, depreciation and This email address is being protected from spambots. You need JavaScript enabled to view it. 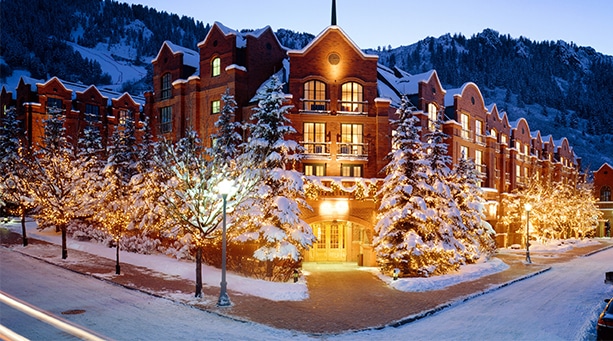